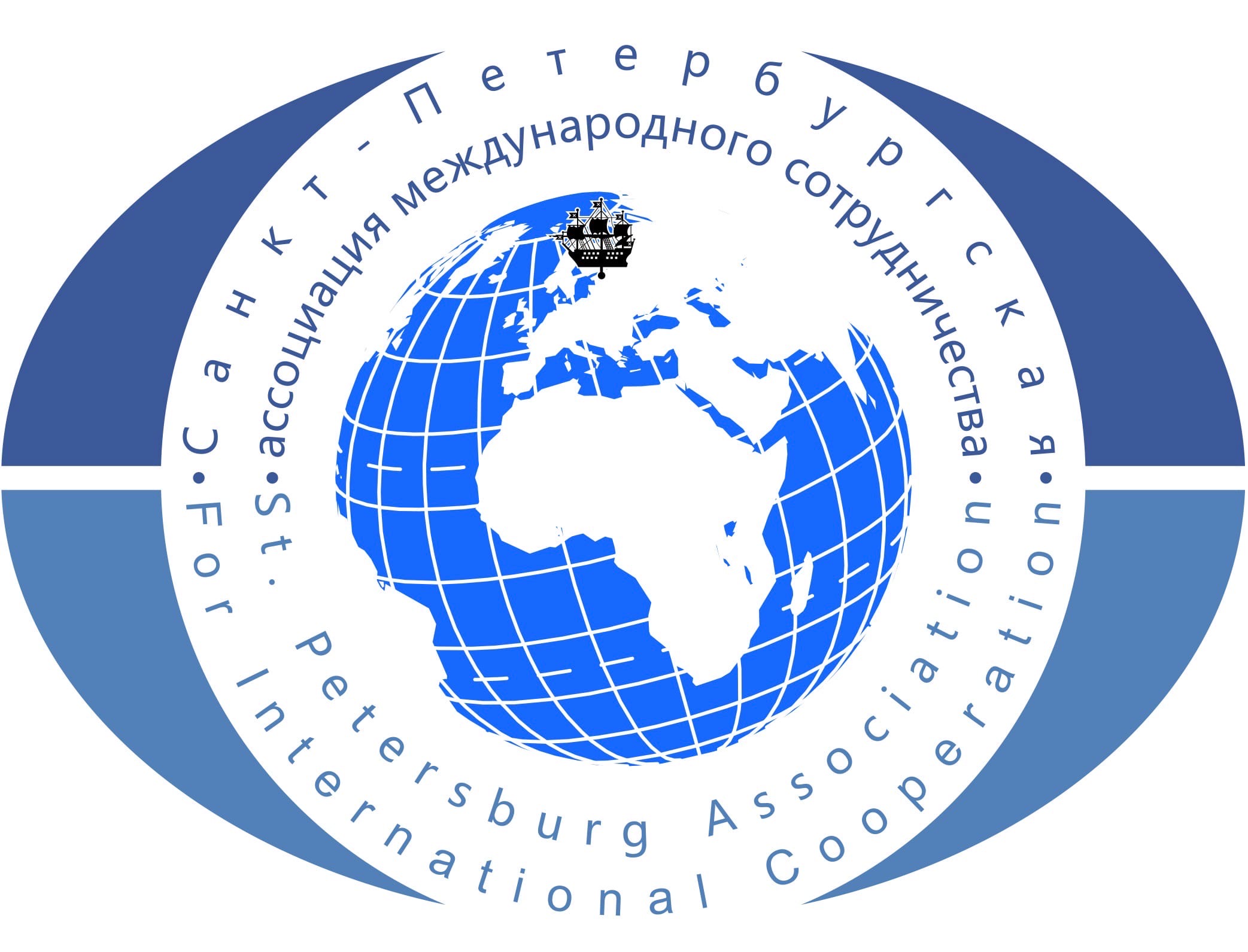 This year we celebrate the 75th anniversary of the victory of the Soviet people in the Great Patriotic war and the ending of the World War II.

State Complex ‘The National Congress Palace’, St Petersburg Association for international cooperation and Committee for External Relations of St Petersburg have prepared a collaborative project dedicated to the International cooperation during the World War II. The project ‘International cooperation during the World War II’ tells about the Resistance movements in Europe and the participation of Soviet people in them in Italy, Yugoslavia and France, about the role of public diplomacy in organizing actions of help from Great Britain to the Soviet people fighting the Nazis and about commemorating the events of our common tragic and heroic past.

Resistance during World War II is commonly called the national liberation movement, anti-fascist movement in the Axis countries and the territories occupied by Germany and its allies. Actions against the invaders were diverse: dissemination of propaganda, sabotaging activities, intelligence gathering, and attacks on German soldiers and officers.

Resistance movement was international in nature. People of different nationalities fought in its ranks. Thousands of Soviet people who escaped from captivity, concentration camps and places of forced labour, waged an active struggle against fascism. In Poland, the total number of Soviet citizens who fought in partisan formations reached 12 thousand people, 6 thousand in Yugoslavia, about 13 thousand in Czechoslovakia. About 3 thousand Soviet citizens and Russian emigrants acted in France, over 6 thousand fought in Italy. Thousands of Soviet people who participated in the Resistance movement abroad were awarded Soviet orders and medals, as well as government awards and military virtue medals from the countries where they fought.

Another important contribution to the victory over the fascism was made by public diplomacy, which helped to form and then maintain the Anti-Hitler Coalition. In the UK, along with the active assistance of the Society for Cultural Relations with USSR, the movement for solidarity with the Soviet Union developed, its branches were created in different cities of the country, and committees to assist with medicines, equipment for hospitals, charity concerts of Soviet music, exhibitions dedicated to the Easter Front were organized. In September 1941 the Council of Trade Unions of Manchester and Salford provided substantial support for the Declaration of the National Council of Trade Unions on the solidarity of the Soviet and British people. Along with the manufacturing military products Manchester continued cultural cooperation with the USSR. Thousands of signatures were collected by the women of Scotland under letters of support and admiration for the heroic women of besieged Leningrad.

Today, when in many European countries attempts to distort the history of World War II and the role of the Soviet Union in the victory over fascism and in the liberation of the occupied territories are being made, organisations and individuals, working on preserving the memory of famous and nameless heroes, of tragic and heroic events of war, deserve respect. One example is a German public organization, Public organization “Action of Atonement - Service for Peace”, which has been committed to working toward reconciliation and peace through international volunteer services in the countries affected by the National Socialist regime.
International cooperation made an invaluable contribution to the liberation of Europe by defeating Nazi invaders, their allies and accomplices.

We have high hopes that all materials, including photographs and articles, will be presented at the exhibition ‘The fight against fascism in Europe during the World War II’, which soon will be opened in the National Congress Palace

Authors of the project

Margarita Mudrak – Chairman of the Board, St.Petersburg Association for International Cooperation.

Natalia Markova – Executive Secretary of the Board, St.Petersburg Association for International Cooperation.

Our special thanks to foreign and Russian colleagues and partner organizations for exhibition materials:

Marta Tongiani – Head of the Association “Vostok”, Carrara (Tuscany Region), author of the book. “At the Behest of Heart. Resistance in Apuan and the Contribution of the Soviet Partisans”. 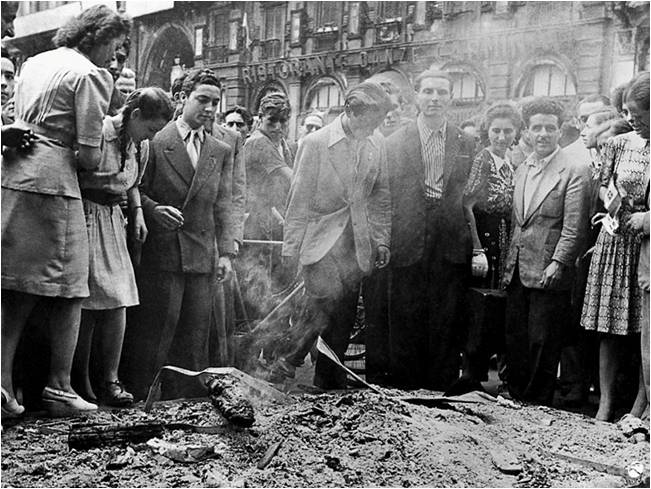 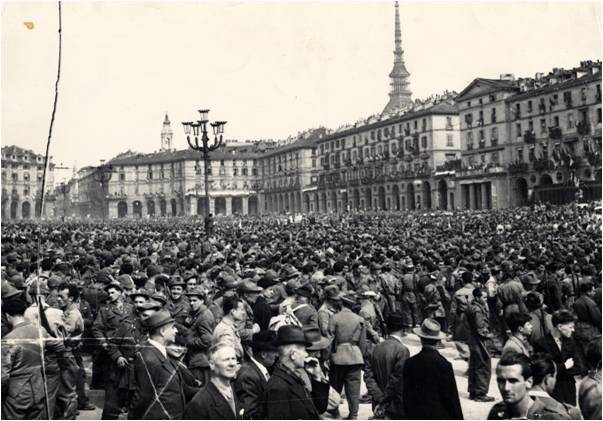 Society for Cooperation in Russian and Soviet Studies (SCRSS), (London). 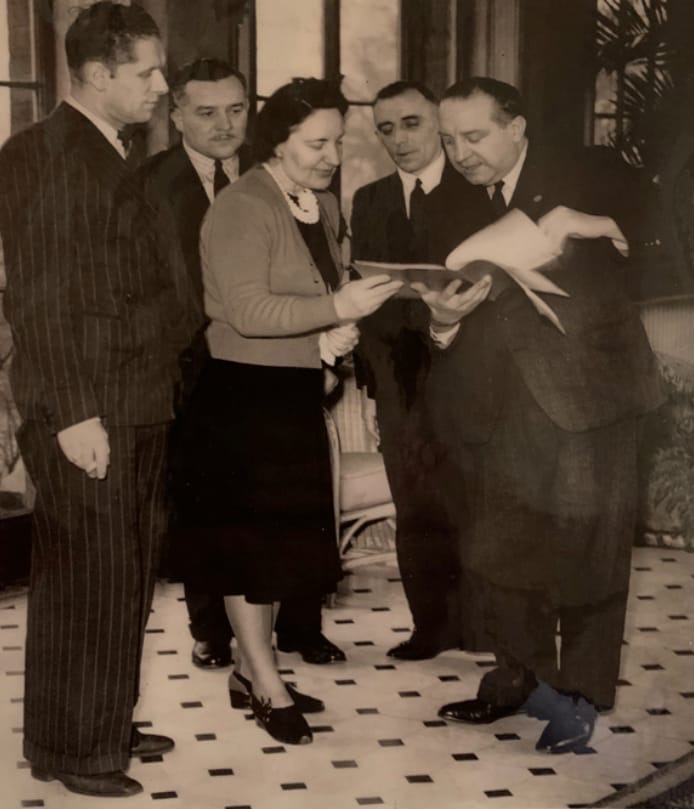 Madame Maisky is giving the album “The Women of the Trekhgornaya Manufactura” to the Lord Mayor, 1943. 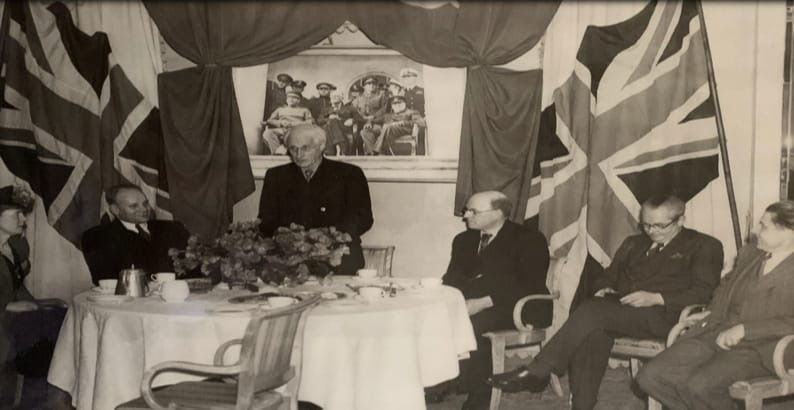 June 1944 Reception dedicated to the 20th anniversary of the All-Union Society for Cultural Relations with Foreign Countries.

Shelomo Selinger – Sculptor, former prisoner of 9 concentration camps on the territory of Poland and Czechoslovakia.

Rene Barkhi – author of the material about the Women Squad “Motherland”.

Alexander Geshke – Doctor of science, professor, son of Ottomar Geshke, one of the leaders of antifascist movement in Germany.

Anton Aralitsa – former member of an underground anti-fascist otganization, former prisoner of the concentration camp on Molot Island. Lives in the city of Bryansk. 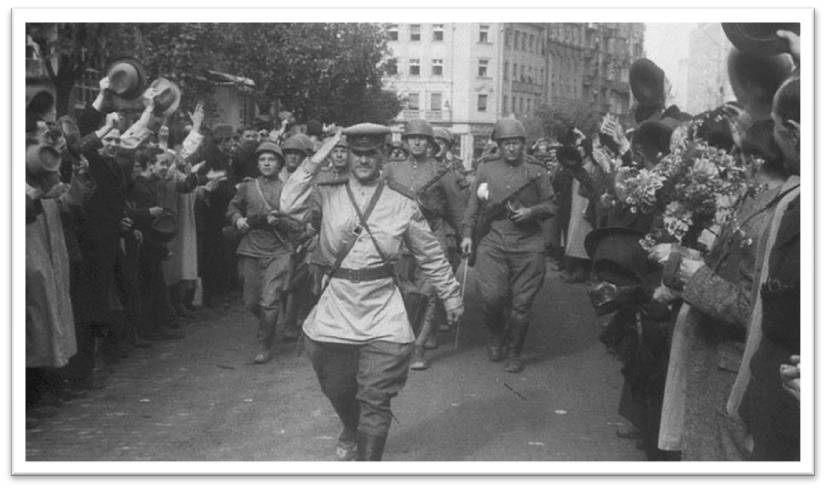 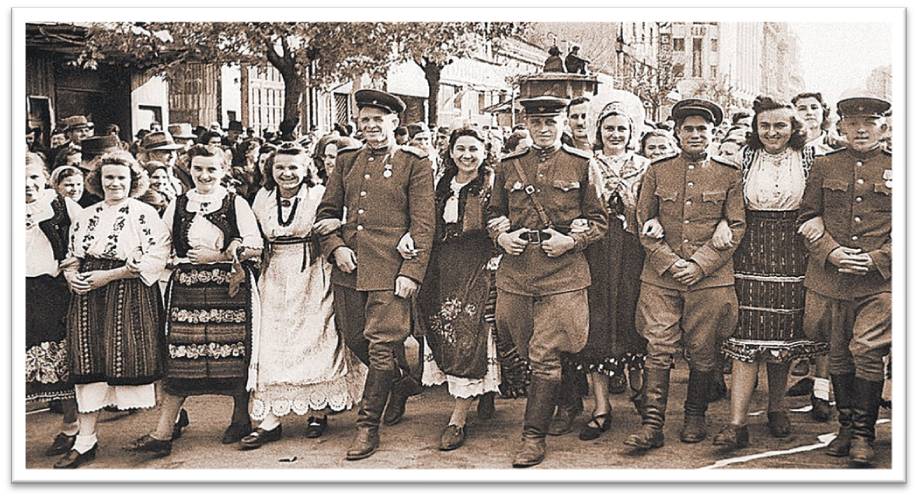 Alexander Bukreyev – Head of the Administrative Department, Territorial Committee of St.Petersburg and Leningrad Region, Trade Union of education and science workers of Russian Federation, Vice-Chairman of the Board, St.Petersburg Association for International Cooperation.